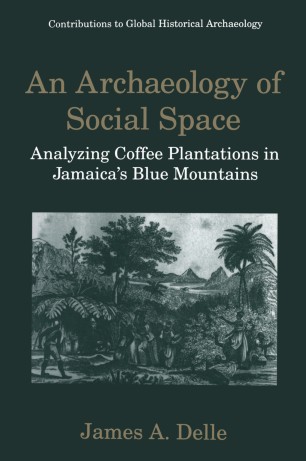 An Archaeology of Social Space

James Delle has solved a number of problems in Caribbean archaeology with An Archaeology of Social Space. He deals with most of the problems by using historical archaeology, and clearly implicates Ameri­ canist prehistorians. Although this book is about coffee plantations in the Blue Mountains area of Jamaica, it is actually about the whole Caribbean. Just as it is about all archaeology, not only historical archaeology, it is also a book about colonialism and national inde­ pendence and how these two enormous events happened in the context of eighteenth and nineteenth century capitalism. The first issue raised appears to be an academic topic that has come to be known as landscape archaeology. Landscape archaeology considers the planned spaces around living places. The topic is big, comprehensive, and new within historical archaeology. Its fundamen­ tal insight is that in the early modern and modern worlds everything within view could be made into money. Seeing occurs in space and from 1450, or a little before, everything that could be seen could, potentially, be measured. The measuring-and the accompanying culture of record­ ing called a scriptural economy-became a way of controlling people in space, for a profit. Dr. Delle thus explores maps, local philosophies of settlement, town dwelling, housing, and the actual condition of plantations and their buildings now, so as to describe coffee-Jamaica from 1790-1860.