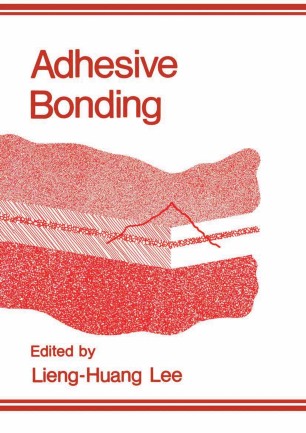 For several years, I have been responsible for organizing and teaching in the fall a short course on "Fundamentals of Adhesion: Theory, Practice, and Applications" at the State University of New York at New Paltz. Every spring I would try to assemble the most pertinent subjects and line up several capable lecturers for the course. However, there has always been one thing missing-an authoritative book that covers most aspects of adhesion and adhesive bonding. Such a book would be used by the participants as a main reference throughout the course and kept as a sourcebook after the course had been completed. On the other hand, this book could not be one of those "All you want to know about" volumes, simply because adhesion is an interdisciplinary and ever-growing field. For the same reason, it would be very difficult for a single individual, especially me, to undertake the task of writing such a book. Thus, I relied on the principle that one leaves the truly monumental jobs to experts, and I finally succeeded in asking several leading scientists in the field of adhesion to write separate chapters for this collection. Some chapters emphasize theoretical concepts and others experimental techniques. In the humble beginning, we planned to include only twelve chapters. However, we soon realized that such a plan would leave too much ground uncovered, and we resolved to increase the coverage. After the book had evolved into thirty chapters, we started to feel that perhaps our mission had been accomplished.