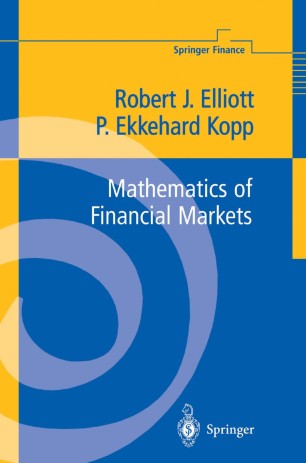 This work is aimed at an audience with asound mathematical background wishing to leam about the rapidly expanding field of mathematical finance. Its content is suitable particularly for graduate students in mathematics who have a background in measure theory and prob ability. The emphasis throughout is on developing the mathematical concepts re­ quired for the theory within the context of their application. No attempt is made to cover the bewildering variety of novel (or 'exotic') financial instru­ ments that now appear on the derivatives markets; the focus throughout remains on a rigorous development of the more basic options that lie at the heart of the remarkable range of current applications of martingale theory to financial markets. The first five chapters present the theory in a discrete-time framework. Stochastic calculus is not required, and this material should be accessible to anyone familiar with elementary probability theory and linear algebra. The basic idea of pricing by arbitrage (or, rather, by nonarbitrage) is presented in Chapter 1. The unique price for a European option in a single­ period binomial model is given and then extended to multi-period binomial models. Chapter 2 intro duces the idea of a martingale measure for price pro­ cesses. Following a discussion of the use of self-financing trading strategies to hedge against trading risk, it is shown how options can be priced using an equivalent measure for which the discounted price process is a mar­ tingale.