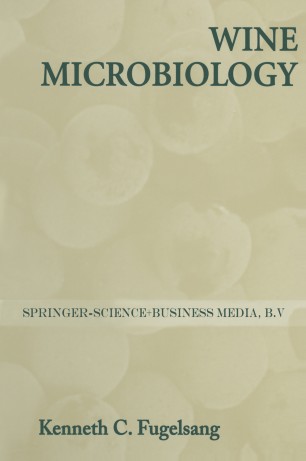 The partnership between industrial microbiologists, the industries they serve, and the microbes upon which they rely is (or should be) a close one. Brewers, bakers, and those involved in fermented dairy products come to mind as being leaders in this regard. By comparison, the wine industry, with the notable exception of a few technologically astute wineries world­ wide, has historically given relatively little attention to this crucial step in processing. In the last two decades, this pattern has reversed itself and the rank and file of winemaking personnel have become more intensely inter­ ested in the subject of wine microbiology. Several reasons come to mind that, in part, account for this. First, prior to the late seventies, much of the research in the area of wine microbiology (particularly, the malolactic fermentation) had yet to crystalize to yield a cohesive enough picture to be of value to the winemaker. During this period and into the early eighties, the U. S. wine industry began to utilize lower levels of sulfur dioxide than did their predecessors-the goal being to reduce input of chemicals and to minimize concerns from an increasingly health conscious population of consumers. Unfortunately, the practice had a significant downside; micro­ organisms that had previously been controlled suddenly reemerged as sig­ nificant threats to wine production.