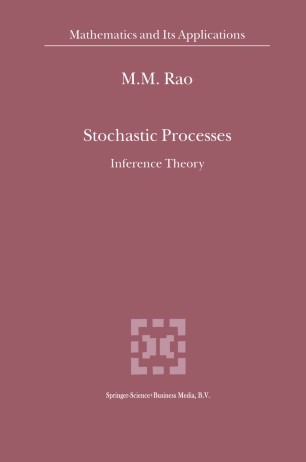 Part of the Mathematics and Its Applications book series (MAIA, volume 508)

The material accumulated and presented in this volume can be ex­ plained easily. At the start of my graduate studies in the early 1950s, I Grenander's (1950) thesis, and was much attracted to the came across entire subject considered there. I then began preparing for the neces­ sary mathematics to appreciate and possibly make some contributions to the area. Thus after a decade of learning and some publications on the way, I wanted to write a modest monograph complementing Grenander's fundamental memoir. So I took a sabbatical leave from my teaching position at the Carnegie-Mellon University, encouraged by an Air Force Grant for the purpose, and followed by a couple of years more learning opportunity at the Institute for Advanced Study to complete the project. As I progressed, the plan grew larger needing a substantial background material which was made into an independent initial volume in (1979). In its preface I said: "My intension was to present the following material as the first part of a book treating the In­ ference Theory of stochastic processes, but the latter account has now receded to a distant future," namely for two more decades! Meanwhile, a much enlarged second edition of that early work has appeared (1995), and now I am able to present the main part of the original plan.