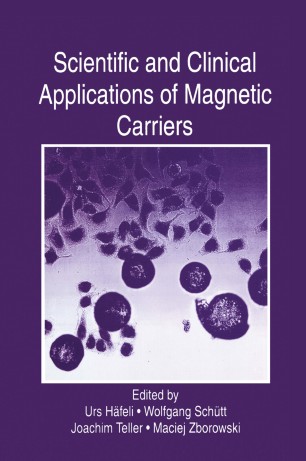 The discovery of uniform latex particles by polymer chemists of the Dow Chemical Company nearly 50 years ago opened up new exciting fields for scientists and physicians and established many new biomedical applications. Many in vitro diagnostic tests such as the latex agglutination tests, analytical cell and phagocytosis tests have since become rou­ tine. They were all developed on the basis of small particles bound to biological active molecules and fluorescent and radioactive markers. Further developments are ongoing, with the focus now shifted to applications of polymer particles in the controlled and di­ rected transport of drugs in living systems. Four important factors make microspheres interesting for in vivo applications: First, biocompatible polymer particles can be used to transport known amounts of drug and re­ lease them in a controlled fashion. Second, particles can be made of materials which bio­ degrade in living organisms without doing any harm. Third, particles with modified surfaces are able to avoid rapid capture by the reticuloendothelial system and therefore en­ hance their blood circulation time. Fourth, combining particles with specific molecules may allow organ-directed targeting.