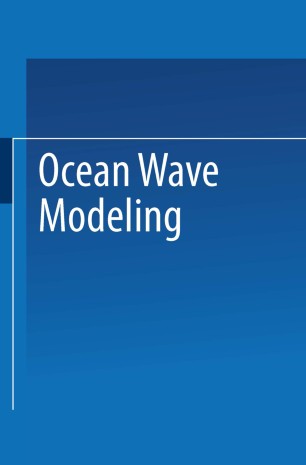 Early in 1979, a group of wave researchers proposed a wave model inter­ comparison study to clarify the interrelations existing among the various wave models which have been developed in past years for real-time wave forecasting, wave statistics compilations, or hindcast case studies. The idea was immediately welcomed by the wave modeling community, and, finally, nine wave modeling groups from the United States, Japan, and Europe participated in the exercise. The principal results of this work are presented here jointly by the Sea Wave Modeling Project (swAMP) Group (the members of which are listed in Appendix A). Descriptions of the models used in the study are given in Part II of this volume. A more complete documentation of the entire set of numerical experiments is given in Part 2 of the Sea Wave Modeling Project (SWAMP group, 1982). The main purpose of the intercomparison study was to test our present understanding of the physics of . wind-generated surface waves from the viewpoint of wave modeling. Specifically, we wished to clarify the basic interdependence between understanding the physics of surface waves, repre­ senting the physics numerically, and predicting quantitatively the detailed space-time evolution of a two-dimensional surface wave spectrum for a given wind field. It was not our intent to carry out a model competition. In this sense there were no winners or losers: all models could claim specific strong points, and all displayed weaknesses in some areas.