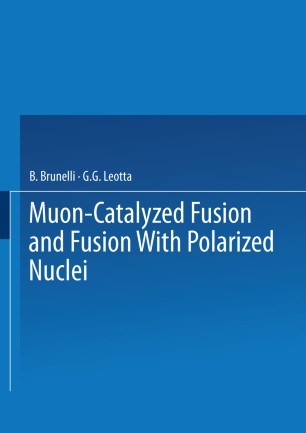 The International School of Fusion Reactor Technology started its courses 15 years ago and since then has mantained a biennial pace. Generally, each course has developed the subject which was announced in advance at the closing of the previous course. The subject to which the present proceedings refer was chosen in violation of that rule so as to satisfy the recent and diffuse interest in cold fusion among the main European laboratories involved in controlled thermonuclear research (CTR). In the second half of 1986 we started to prepare a workshop aimed at assessing the state of the art and possibly of the perspectives of muon- catalyzed fusion. Research in this field has recently produced exciting experimental results open to important practical applications. We thought it worthwhile to consider also the beneficial effects and problems of the polarization ofthe nuclei in both cold and thermonuclear fusion. In preparing the 8th Course on Fusion Reactor Technology, it was necessary to abandon the traditional course format because the influence of the workshop procedure was inevitable: the participants were roughly equally divided into experts in cold fusion and experts in thermonuclear fusion. The course had largely an interdisciplinary character as many disciplines were involved: atomic and molecular physics, nuclear physics, accelerator technology, system analysis, etc. Plasma physics was excluded, with a sigh of relief from the experts in thermonuclear fusion.