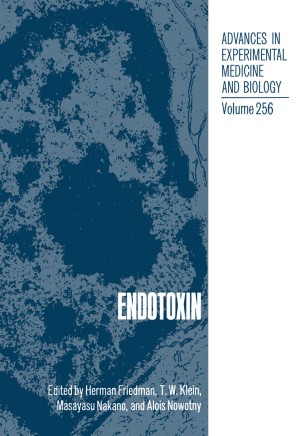 Part of the Advances in Experimental Medicine and Biology book series (AEMB, volume 256)

This volume is based on the proceedings of the International Symposium on Bacterial Endotoxins held in Japan. May 11-14. 1988 and sponsored by the International Endotoxin Society and the International Society for Immuno­ pharmacology. Speakers and participants of this symposium provided new information concerning fundamental and clinical aspects of endotoxin research conducted over the last half decade or so. Advances have been made in understanding the structure and nature of endotoxin molecules and their effects on a wide variety of both cellular and subcellular aspects, of immunity. metabolism and physiology. both in vivo and in vitro. Endotoxins are constituents of gram negative bacteria. Since their original discovery in the nineteenth century. many laboratories studied their chemical composition. their physico- and immunochemica1 properties. as well as their pharmacological and physiological effects on the host. Much is now known about the chemical structure of the endotoxins. There is also a grow­ ing body of information concerning the multiple effects of endotoxins on the host including immune mechanisms. Some effects have been found to be benefi­ cial to the host and endotoxins are being used more frequently to induce important mediators of immunity as well as increasing resistance against infections by many microorganisms as well as inhibiting growth of tumors in experimental animal models and in man.