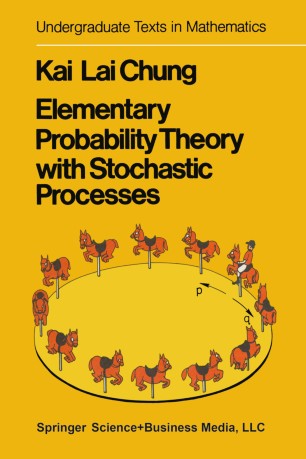 In the past half-century the theory of probability has grown from a minor isolated theme into a broad and intensive discipline interacting with many other branches of mathematics. At the same time it is playing a central role in the mathematization of various applied sciences such as statistics, opera­ tions research, biology, economics and psychology-to name a few to which the prefix "mathematical" has so far been firmly attached. The coming-of-age of probability has been reflected in the change of contents of textbooks on the subject. In the old days most of these books showed a visible split­ personality torn between the combinatorial games of chance and the so-called "theory of errors" centering in the normal distribution. This period ended with the appearance of Feller's classic treatise (see [Feller l]t) in 1950, from the manuscript of which I gave my first substantial course in probability. With the passage of time probability theory and its applications have won a place in the college curriculum as a mathematical discipline essential to many fields of study. The elements of the theory are now given at different levels, sometimes even before calculus. The present textbook is intended for a course at about the sophomore level. It presupposes no prior acquaintance with the subject and the first three chapters can be read largely without the benefit of calculus.