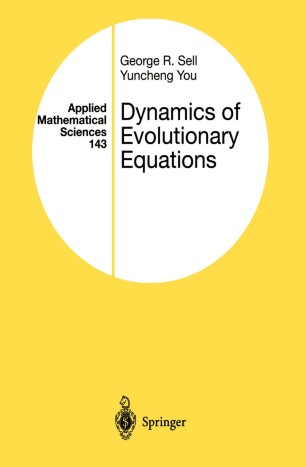 The theory and applications of infinite dimensional dynamical systems have attracted the attention of scientists for quite some time. Dynamical issues arise in equations that attempt to model phenomena that change with time. The infi­ nite dimensional aspects occur when forces that describe the motion depend on spatial variables, or on the history of the motion. In the case of spatially depen­ dent problems, the model equations are generally partial differential equations, and problems that depend on the past give rise to differential-delay equations. Because the nonlinearities occurring in thse equations need not be small, one needs good dynamical theories to understand the longtime behavior of solutions. Our basic objective in writing this book is to prepare an entree for scholars who are beginning their journey into the world of dynamical systems, especially in infinite dimensional spaces. In order to accomplish this, we start with the key concepts of a semiflow and a flow. As is well known, the basic elements of dynamical systems, such as the theory of attractors and other invariant sets, have their origins here.