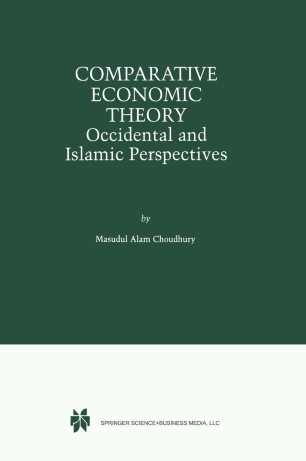 Comparative Economic Theory: Occidental and Islamic Perspectives seeks first to elucidate the nature and methodology of Islamic political economy as a process-oriented social economy guided by its cardinal epistemology of Oneness of God (Divine Unity). From this premise is then derived the episteme of unification of knowledge upon which is developed the methodological content of an extremely interactive, integrative and revolutionary world-view of political economy and a meta-theory of the socio-scientific order. Secondly, while laying out the building blocks of Islamic political economy and its much wider methodological implication for the socio-scientific order, this book offers a comparative study of occidental thought in the same areas. Thirdly, topics of microeconomics and macroeconomic theory are covered. This book concludes with chapters on methodology and an analytical postscript to show how the interactive, integrative and evolutionary world-view of knowledge-induced systems described by the Islamic political economy presents new visions of scientific thinking.