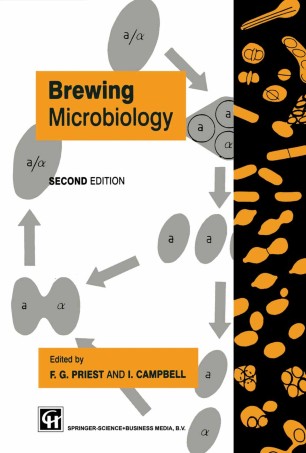 During the latter part of the last century and the early years of this century, the microbiology of beer and the brewing process played a central role in the development of modern microbiology. An important advance was Hansen's development of pure culture yeasts for brewery fermentations and the recognition of different species of brewing and wild yeasts. The discovery by Winge of the life cycles of yeasts and the possibilities of hybridization were among the first steps in yeast genetics with subsequent far-reaching consequences. Over the same period the contaminant bacteria of the fermentation industries were also studied, largely influenced by Shimwell's pioneering research and resulting in the improvement of beer quality. Towards the end of the century, the influence of brewing microbiology within the discipline as a whole is far less important, but it retains an essential role in quality assurance in the brewing industry. Brewing microbiology has gained from advances in other aspects of microbiology and has adopted many of the techniques of biotechnology. Of particular relevance are the developments in yeast genetics and strain improvement by recombinant DNA techniques which are rapidly altering the way brewers view the most important microbiological components of the process: yeast and fermentation.