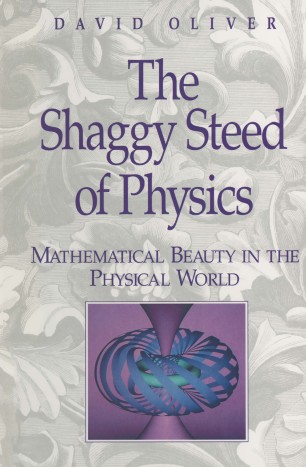 The Shaggy Steed of Physics

Mathematical Beauty in the Physical World

The Shaggy Steed is an unassuming figure from Irish folklore who reveals himself as an inspiring teacher of the forces hidden in the universe. This book celebrates an unassuming bit of physics that also turns out to be an inspiring teacher. The two-body problem-the motion of two bodies bound by the inverse-square force of gravity and electricity-is the Shaggy Steed of Physics, guiding the reader to an understanding of both the forces and the mathematical beauty hidden in the physical world.

The book begins with an exposition of the action principle and its revelation of invariants created by the symmetries of nature. It then turns to the two-body problem and the grand unifying themes of symmetry and topology in physics, both classical and quantum. On the scale of the solar system this motion generates the Kepler ellipse-the fundamental orbit of celestial mechanics. On the microscopic scale of the quantum the same motion generates the hydrogen atom-the primal element. This remarkable unity of the heavens and the elements rests upon hidden symmetry-the symmetry of rotation in four dimensions and the three-sphere upon which they are topologically imaged. This richly endowed symmetry is a paradigm for the unitary symmetries of the elementary particles and pointed the way to them.

This new edition preserves the spirit of the original while deepening key topics. The remarkable relations between the generators of symmetry (such as rotation generators) and the dynamical invariants of the symmetry (such as the hidden invariant of Kepler motion) are now elaborated. Readers are led through the states of the hydrogen atom by a master quantum number orchestrating the symmetries of the three-sphere. And KAM Theory-the greatest achievement in celestial mechanics of the twentieth century-is given its place in the story.