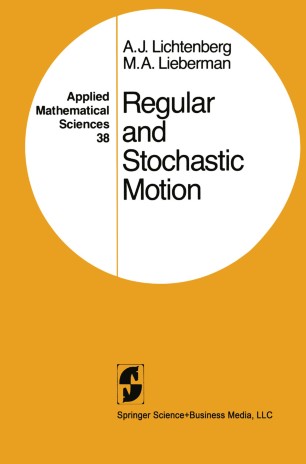 This book treats stochastic motion in nonlinear oscillator systems. It describes a rapidly growing field of nonlinear mechanics with applications to a number of areas in science and engineering, including astronomy, plasma physics, statistical mechanics and hydrodynamics. The main em­ phasis is on intrinsic stochasticity in Hamiltonian systems, where the stochastic motion is generated by the dynamics itself and not by external noise. However, the effects of noise in modifying the intrinsic motion are also considered. A thorough introduction to chaotic motion in dissipative systems is given in the final chapter. Although the roots of the field are old, dating back to the last century when Poincare and others attempted to formulate a theory for nonlinear perturbations of planetary orbits, it was new mathematical results obtained in the 1960's, together with computational results obtained using high speed computers, that facilitated our new treatment of the subject. Since the new methods partly originated in mathematical advances, there have been two or three mathematical monographs exposing these developments. However, these monographs employ methods and language that are not readily accessible to scientists and engineers, and also do not give explicit tech­ niques for making practical calculations. In our treatment of the material, we emphasize physical insight rather than mathematical rigor. We present practical methods for describing the motion, for determining the transition from regular to stochastic behavior, and for characterizing the stochasticity. We rely heavily on numerical computations to illustrate the methods and to validate them.