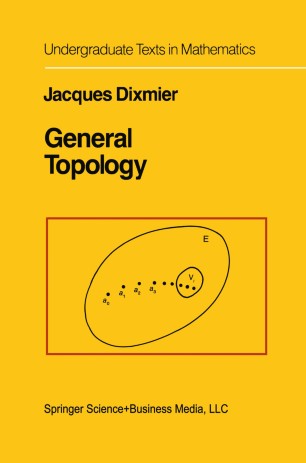 This book is a course in general topology, intended for students in the first year of the second cycle (in other words, students in their third univer­ sity year). The course was taught during the first semester of the 1979-80 academic year (three hours a week of lecture, four hours a week of guided work). Topology is the study of the notions of limit and continuity and thus is, in principle, very ancient. However, we shall limit ourselves to the origins of the theory since the nineteenth century. One of the sources of topology is the effort to clarify the theory of real-valued functions of a real variable: uniform continuity, uniform convergence, equicontinuity, Bolzano-Weierstrass theorem (this work is historically inseparable from the attempts to define with precision what the real numbers are). Cauchy was one of the pioneers in this direction, but the errors that slip into his work prove how hard it was to isolate the right concepts. Cantor came along a bit later; his researches into trigonometric series led him to study in detail sets of points of R (whence the concepts of open set and closed set in R, which in his work are intermingled with much subtler concepts). The foregoing alone does not justify the very general framework in which this course is set. The fact is that the concepts mentioned above have shown themselves to be useful for objects other than the real numbers.