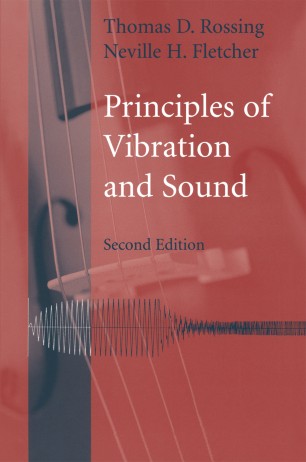 Principles of Vibration and Sound

An ideal text for advanced undergraduates, Principles of Vibration and Sound, Second Edition provides the foundations needed to understand the acoustics of rooms and musical instruments, as well as the basics for scientists and engineers interested in noise and vibration. The Second Edition contains four new chapters devoted primarily to applications of acoustical principles in everyday life: Microphones and Other Transducers; Sound in Concert Halls and Studios; Sound and Noise Outdoors; and Underwater Sound.

The discussion of coupled systems includes strong as well as weak coupling and presents both mechanical and electrical examples. The treatment includes a fairly detailed discussion of nonlinear systems and self-excited oscillators, as well as a brief explanation of modal analysis, including finite-element methods and modal testing. The second part of the book discusses the propagation of sound in air, including radiation, transmission, absorption, and diffraction. This treatment of radiation covers point, dipole, line, plane and other sources, both with and without baffles, and the propagation of sound in various kinds and shapes of pipes, horns and other acoustics components.

Thomas Rossing is Professor Emeritus of Physics at Northern Illinois University. He is a Fellow of the American Physical Society, Acoustical Society of America and the American Association for the Advancement of Science. He has authored 10 other books.