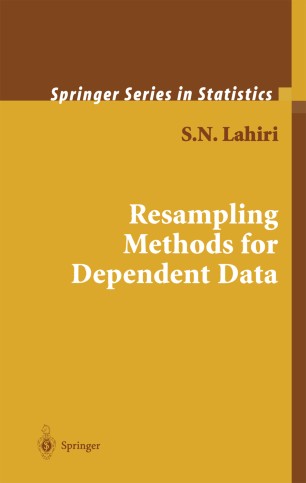 This is a book on bootstrap and related resampling methods for temporal and spatial data exhibiting various forms of dependence. Like the resam­ pling methods for independent data, these methods provide tools for sta­ tistical analysis of dependent data without requiring stringent structural assumptions. This is an important aspect of the resampling methods in the dependent case, as the problem of model misspecification is more preva­ lent under dependence and traditional statistical methods are often very sensitive to deviations from model assumptions. Following the tremendous success of Efron's (1979) bootstrap to provide answers to many complex problems involving independent data and following Singh's (1981) example on the inadequacy of the method under dependence, there have been several attempts in the literature to extend the bootstrap method to the dependent case. A breakthrough was achieved when resampling of single observations was replaced with block resampling, an idea that was put forward by Hall (1985), Carlstein (1986), Kiinsch (1989), Liu and Singh (1992), and others in various forms and in different inference problems. There has been a vig­ orous development in the area of res amp ling methods for dependent data since then and it is still an area of active research. This book describes various aspects of the theory and methodology of resampling methods for dependent data developed over the last two decades. There are mainly two target audiences for the book, with the level of exposition of the relevant parts tailored to each audience.