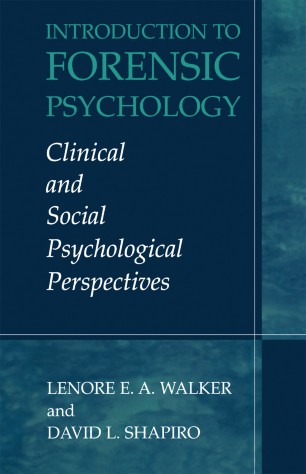 of witnesses and on confessions, and the prevention of crime. In 1900, Alfred Binet, the French psychologist who developed the first standard­ ized intelligence test, the Stanford-Binet, testified in court about the use of psychological tests with delinquents and criminals. These tests were later used in large scale for screening potential police as well as criminals and by World War II in the 1940's, were used in many different ways to classify and design treatment for soldiers. In fact, the use of scientific psychometric tests has continued to be one of the strong assets the psychologist can bring to the law. In 1911, a Belgium psychologist, Varendonck testified that child witnesses did not have the mental capacity of adults and their testimony should not be admitted in courts. That same year, a German psychologist, Carl Marbe testified about proximate cause in a civil lawsuit. He described the psychological experiments used to determine that alcohol can have a negative impact on a person's reaction time and subsequent behavior. In the United States the introduction of expert witness testimony took a similar route. In 1921 a case called, State v. Driver recognized that a psy­ chologist could be an expert on juvenile delinquency, but the court rejected that psychologist's testimony, anyhow. One of the first cases that set the standards of admitting all experts, including psychologists, called the Frye standard was decided in 1923.

Leonore E. Walker is author of 12 previous books including the now classic, The Battered Woman (1979). She was awarded an National Institute of Mental Health research grant that gathered the pioneering information to name "battered woman syndrome" and pioneered its introduction in courts around the country helping juries and judges understand why battered women killed in self-defense and were not mentally ill. Executive Director of the Domestic Violence Institute, Walker has engaged in public policy initiatives, research and training in many countries around the world. She has testified before US Congress and worked with NATO, WHO, PAHO, and other governments to assist in developing public policies to help provide safety for battered women and their children. A Fellow in the American Psychological Association, Walker served a term on the Board of Directors and Council of Representatives, chaired the Child Abuse Policy Committee and the Presidential Task Force on Violence and the Family, and was President of several divisions including Society for the Psychology of Women, Psychologists in Independent Practice of Psychology, and Media Psychology. She currently has an independent practice of forensic psychology and is Professor and Coordinator of the Forensic Psychology Concentration in NSU-CPS.