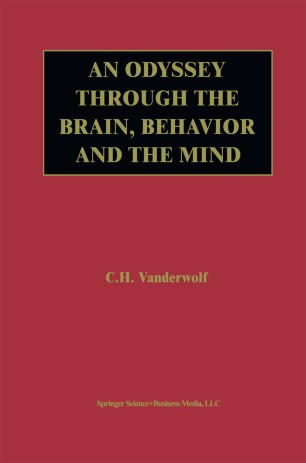 An Odyssey Through the Brain, Behavior and the Mind

Much of contemporary behavioral or cognitive neuroscience is concerned with discovering the neural basis of psychological processes such as attention, cognition, consciousness, perception, and memory. In sharp divergence from this field, An Odyssey Through the Brain, Behavior and the Mind can be regarded as an elaborate demonstration that the large scale features of brain electrical activity are related to sensory and motor processes in various ways but are not organised in accordance with conventional psychological concepts. It is argued that much of the traditional lore concerning the mind is based on prescientific philosophical assumptions and has little relevance to brain function.

The first ten chapters of An Odyssey Through the Brain, Behavior and the Mind give a personal account of how the various discoveries that gave rise to these views came to be made. This is followed by discussions of brain organization in relation to behavior, learning and memory, sleep and consciousness, and the general problem of the mind.