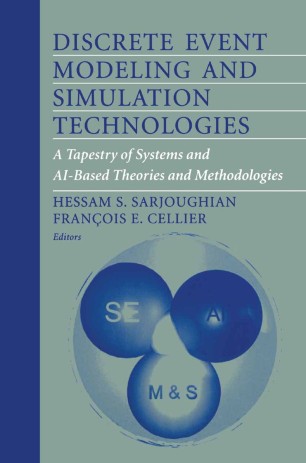 A Tapestry of Systems and AI-Based Theories and Methodologies

The initial ideas behind this edited volume started in spring of 1998 - some two years before the sixtieth birthday of Bernard P. Zeigler. The idea was to bring together distinguished researchers, colleagues, and former students of Professor Zeigler to present their latest findings at the AIS' 2000 conference. During the spring of 1999, the initial ideas evolved into creating a volume of articles surrounding seminal concepts pertaining to modeling and simulation as proposed, developed, and advocated by Professor Zeigler throughout his scientific career. Also included would be articles describing progress covering related aspects of software engineering and artificial intelligence. As this volume is emphasizing concepts and ideas spawned by the work of Bernard P. Zeigler, it is most appropriate to offer a biographical sketch of his scientific life, thus putting into a historical perspective the contributions presented in this volume as well as new research directions that may lie ahead! Bernard P. Zeigler was born March 5, 1940, in Montreal, Quebec, Canada, where he obtained his bachelor's degree in engineering physics in 1962 from McGill University. Two years later, having completed his MS degree in electrical engineering at the Massachusetts Institute of Technology, he spent a year at the National Research Council in Ottawa. Returning to academia, he became a Ph. D. student in computer and communication sciences at the University of Michigan, Ann Arbor.