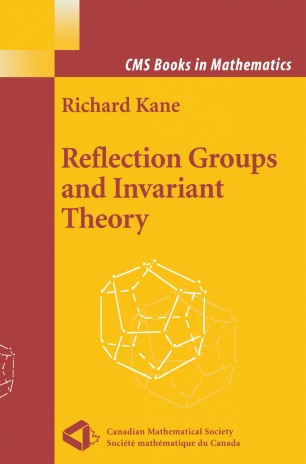 Reflection Groups and their invariant theory provide the main themes of this book and the first two parts focus on these topics. The first 13 chapters deal with reflection groups (Coxeter groups and Weyl groups) in Euclidean Space while the next thirteen chapters study the invariant theory of pseudo-reflection groups. The third part of the book studies conjugacy classes of the elements in reflection and pseudo-reflection groups. The book has evolved from various graduate courses given by the author over the past 10 years. It is intended to be a graduate text, accessible to students with a basic background in algebra.
Richard Kane is a professor of mathematics at the University of Western Ontario. His research interests are algebra and algebraic topology. Professor Kane is a former President of the Canadian Mathematical Society.