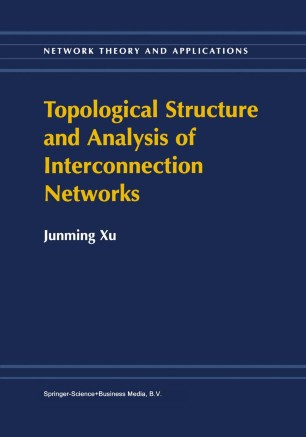 The advent of very large scale integrated circuit technology has enabled the construction of very complex and large interconnection networks. By most accounts, the next generation of supercomputers will achieve its gains by increasing the number of processing elements, rather than by using faster processors. The most difficult technical problem in constructing a supercom­ puter will be the design of the interconnection network through which the processors communicate. Selecting an appropriate and adequate topological structure of interconnection networks will become a critical issue, on which many research efforts have been made over the past decade. The book is aimed to attract the readers' attention to such an important research area. Graph theory is a fundamental and powerful mathematical tool for de­ signing and analyzing interconnection networks, since the topological struc­ ture of an interconnection network is a graph. This fact has been univer­ sally accepted by computer scientists and engineers. This book provides the most basic problems, concepts and well-established results on the topological structure and analysis of interconnection networks in the language of graph theory. The material originates from a vast amount of literature, but the theory presented is developed carefully and skillfully. The treatment is gen­ erally self-contained, and most stated results are proved. No exercises are explicitly exhibited, but there are some stated results whose proofs are left to the reader to consolidate his understanding of the material.