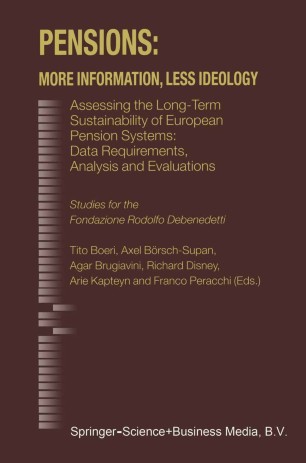 Europeans are living longer, and fewer now remain in the labour force as they grow older. Many European countries have responded to the ensuing financial pressure by reforming their public pension systems and health care programmes. There is considerable uncertainty as to the effects of these reforms - as they typically do not alter the unfunded nature of public welfare arrangements and this uncertainty is itself costly. Not only does it undermine the credibility of public welfare programmes, but it may also distort labour supply behaviour, decisions regarding savings and capital accumulation. More generally there is uncertainty about the overall impact of ageing on welfare and society and the multiple domains in which its effects may develop.
Pensions: More Information, Less Ideology builds on the existing evidence - mostly in the field of public pensions - and highlights the advantages that would be obtained by: