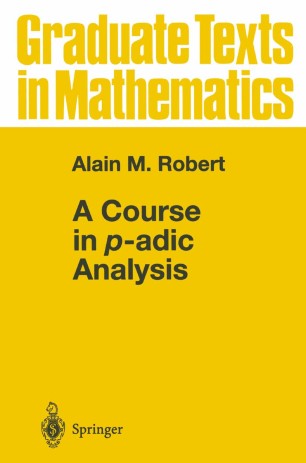 A Course in p-adic Analysis

Kurt Hensel (1861-1941) discovered the p-adic numbers around the turn of the century. These exotic numbers (or so they appeared at first) are now well-established in the mathematical world and used more and more by physicists as well. This book offers a self-contained presentation of basic p-adic analysis. The author is especially interested in the analytical topics in this field. Some of the features which are not treated in other introductory p-adic analysis texts are topological models of p-adic spaces inside Euclidean space, a construction of spherically complete fields, a p-adic mean value theorem and some consequences, a special case of Hazewinkel's functional equation lemma, a remainder formula for the Mahler expansion, and most importantly a treatment of analytic elements.