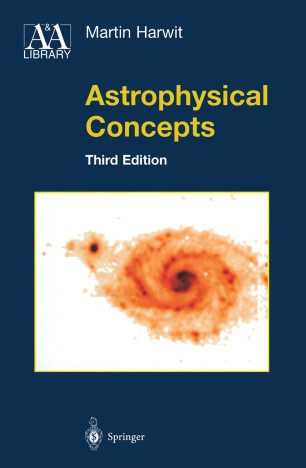 Twenty-five years have passed since the first edition of Astrophysical Concepts appeared. During this time astrophysics has undergone major revolutions. We have gained new perspectives on the Universe with the aid ofpowerful gamma-ray, X­ ray, and infrared telescopes, whose sensitivities could not have been imagined a quarter-century earlier. We have become expert at snaring neutrinos to gain insight on nuclear processes at work in the Sun and supernovae. We have direct evidence for the existence of neutron stars and gravitational waves, and persuasive arguments for the detection of black holes on scales of individual stars as weH as galactic nuclei. With so much that is new, and so many new problems revealed by knowledge al­ ready gained, almost all parts ofthis book had to be reconsidered and rewritten. In the second edition, which appeared ten years ago, I had only added a chapter on the formation of galaxies, stars, and planets. For this third edition, such piecemeal mea­ sures no longer seemed appropriate. Much ofthe book has been completely revised. My principal aim in this third edition, as before, was to present a wide range of astrophysical topics in sufficient depth to give the reader a general quantitative understanding ofthe subject. The book outlines cosmic events but does not portray them in detail-it provides aseries of astrophysical sketches. I think this approach still befits the prevailing uncertainties and rapidly evolving views in astrophysics.