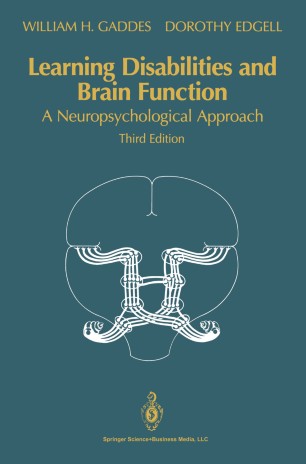 The present edition of this book is a revision and expansion of the first two editions which appeared in 1980 and 1985, and in German translation in 1991. More than half of the present volume includes new material, and what has been retained from the former editions has been largely rewritten and updated with new research findings. A completely new chapter has been added on "Attention Deficit Disorder. " The author of the earlier editions (W.H.G.) has been joined by a coauthor (D.E.), and their combined elementary, high school, and university teaching and clinical experience totals approximately seventy-five years. Both of us have directed our professional en­ ergies to understanding the puzzle of human learning, especially academic learning, of those students who, despite apparently nor­ mal intelligence and opportunity, have varying degrees of difficulty in acquiring ideas and skills that are easily mastered by others. Until about fifty years ago there was a common tendency to equate academic success with intelligence, and those students who could not meet the demands of the prescribed program were usually required to repeat the same grade with a repetition of the same discouraging treatment that had been unsuccessful the first time.