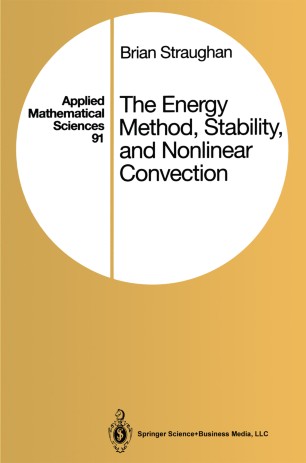 The writing of this book was begun during the academic year 1984-1985 while I was a visiting Associate Professor at the University of Wyoming. I am extremely grateful to the people there for their help, in particular to Dick Ewing, Jack George and Robert Gunn, and to Ken Gross, who is now at the University of Vermont. A major part of the first draft of this book was written while I was a visiting Professor at the University of South Carolina during the academic year 1988-1989. I am indebted to the people there for their help, in one way or another, particularly to Ron DeVore, Steve Dilworth, Bob Sharpley, Dave Walker, and especially to the chairman of the Mathematics Department at the University of South Carolina, Colin Bennett. I also wish to express my sincere gratitude to Ray Ogden and Profes­ sor I.N. Sneddon, F.R.S., both of Glasgow University, for their help over a number of years. I also wish to record my thanks to Ron Hills and Paul Roberts, F.R.S., for giving me a copy of their paper on the Boussinesq ap­ proximation prior to publication and for allowing me to describe their work here. I should like to thank my Ph.D. student Geoff McKay for spotting several errors and misprints in an early draft. Finally, I am very grateful to an anonymous reviewer for several pertinent suggestions regarding the energy-Casimir method.