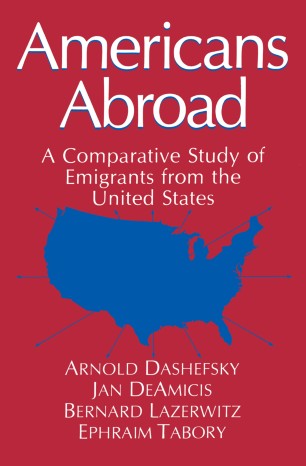 A Comparative Study of Emigrants from the United States

An American college student traveling around Europe on a bicycle with two friends arrived at a recent July 4th celebration in Moscow and remarked, "We've been traveling around Europe and Russia for almost a month now. I never thought I'd be saying this, but I never wanted to see and hear Americans so much in my life. That would be so corny back home. But here it just seems right" (Hartford Courant, July 5, 1989, p. A2). Apparently you can take an American out of America, but you cannot take America out of an American-and perhaps this notion applies to other migrants as well. This is a book that explores the experience of Americans abroad, specifi­ cally those who are living in other countries of the developed world with a lower standard of living than that of the United States. This study compares the travels and travails of emigrants to Australia and Israel and seeks to apply a social psychological perspective to address three questions: (1) What accounts for the motivation of migrants to move? (2) What are the sources of the adjustment problems the migrants experience? (3) What explains whether the migrants re­ main or return to the United States? Ideally, it would be best to devise one instrument to gather data on repre­ sentative samples of Americans living in a variety of countries abroad, but such an effort is beyond the resources of most researchers-including us.