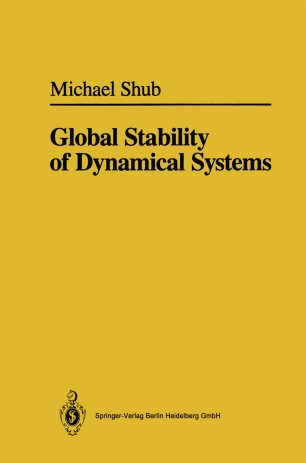 These notes are the result of a course in dynamical systems given at Orsay during the 1976-77 academic year. I had given a similar course at the Gradu­ ate Center of the City University of New York the previous year and came to France equipped with the class notes of two of my students there, Carol Hurwitz and Michael Maller. My goal was to present Smale's n-Stability Theorem as completely and compactly as possible and in such a way that the students would have easy access to the literature. I was not confident that I could do all this in lectures in French, so I decided to distribute lecture notes. I wrote these notes in English and Remi Langevin translated them into French. His work involved much more than translation. He consistently corrected for style, clarity, and accuracy. Albert Fathi got involved in reading the manuscript. His role quickly expanded to extensive rewriting and writing. Fathi wrote (5. 1) and (5. 2) and rewrote Theorem 7. 8 when I was in despair of ever getting it right with all the details. He kept me honest at all points and played a large role in the final form of the manuscript. He also did the main work in getting the manuscript ready when I had left France and Langevin was unfortunately unavailable. I ran out of steam by the time it came to Chapter 10. M.