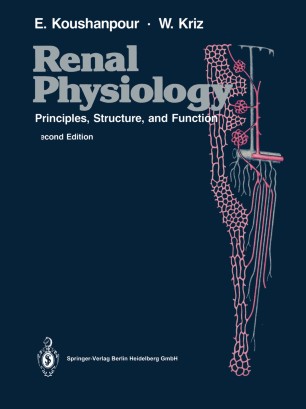 The first edition of this book was well received by updated. The two of us have made further collab­ orative efforts to present a better understanding of medical students, graduate students, and clinicians interested in furthering their understanding of basic the function of the kidney in conjunction with the principles of renal physiology. Most of the reviews most recent anatomical findings. of the first edition and comments from the various The second edition consists of 13 Chapters and 3 instructors who used the book were very positive Appendices. As in the first edition, the anatomical and complimentary with regard to the presentation description of the kidney is incorporated into the of the physiological information and the use of the various chapters dealing with kidney functions. Most system analysis approach to describe renal function. of the anatomical information was written by Wil­ These positive and encouraging comments over the helm Kriz. The physiological information was writ­ past nine years, since the publication of the first ten by Esmail Koushanpour, except for Chapter 12 edition, gave us the impetus to consider the prepa­ which was jointly written. Chapters 1 through 3 were ration of a second edition.