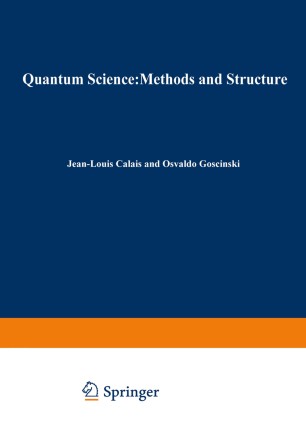 A "Festschrift" volume fulfils a more far-reaching purpose than the laudatory one. It shows how science develops as a result of the activities - scientific and organizational - of an individual person. Scientific achievement cannot be subjected to the very refined measurement techniques of science itself, but there is a continuous mutual evaluation among scientists which manifests itself through refereeing, literature citation and dedicatory volumes like the present one. Near and distant associates of Per-Olov Lowdin were enthusiastic about the idea of a tribute to him in the form of a collection of scientific papers on the occasion of his sixtieth birthday. Monographs and journals have fairly well-defined readerships. This book is directed to a wider group of scientists. It presents reviews of areas where Lowdin's work has influenced the development as well as research papers with original results. We feel that it can serve as a source on the current status of the quantum theory of matter for scientists in neighbouring fields. It might also provide stimulus for renewed scientific efforts among scientists turned administrators and will certainly be relevant for teachers and students of quantum theory.