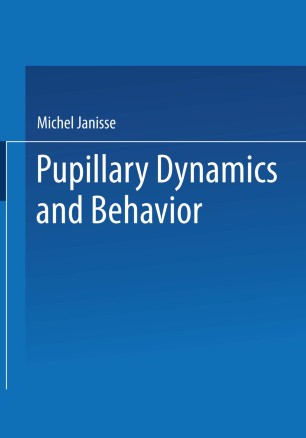 The University of Manitoba Symposium on Pupillometry was held in Winnipeg, Manitoba, October 17-19, 1973. The seed of the idea was planted in 1967 when Raymond Daly of the University of Windsor first interested me in the utility of the pupil as a dependent measure in psychology. From that time on I have read as much as possible about the pupil and in late 1971 it occurred to me that it might be a good idea to bring together those pupil­ lary investigators whose research had the greatest impression upon me. This book is one of happier consequences of the Symposium. The guiding principle behind the selection of participants was a blend of three considerations: (1) long standing research or scholarly interest in problems associated with the eye and the pupil; (2) outstanding respect of the participant by his colleagues involved in pupillometric research; and (3) significant contributions to the learned literature.