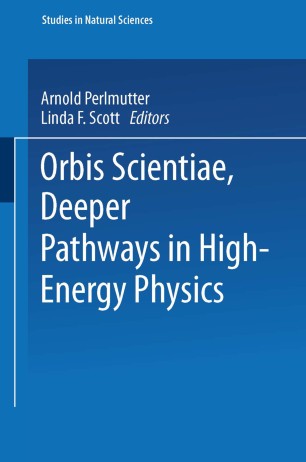 Part of the Studies in the Natural Sciences book series (SNS, volume 12)

These proceedings contain the papers presented during the 14th annual High Energy Physics meeting convened under the aegis of Orbis Scientiae 1977. The title "Deeper Pathways in High Energy Physics" was adopted to indicate either further penetration into the nature of the structure of the elementary particle or the deepening of the continuously trodden path that gets gradually deeper and deeper, evolving into a trench. In the latter instance, the visibility of the real nature of elementary particles may be getting dimmer and dimmer. It is hoped that some of the papers in these proceedings do, indeed, contain further revelations on the "deeper" nature of elementary particles. We must not be overly charmed with "charm" even if it may fit the data of the current generation of e+ and e­ experiments. It would be much less than prophetic to say that a complete and totally satisfactory theory com~ising the entire physical reality is yet to be discovered, and there is presumably no paper of that kind in these proceedings. Despite this short­ coming, the editors do not wish to hide their admiration for the caliber of the papers contributed by the participants of Orbis Scientiae 1977. Appreciation is extended to Mrs. Helga S. Billings, Mrs. Elva Brady, and Ms. Yvonne L. Leber for their skillful typing of the proceedings, which they have performed with great enthusiasm and dedication. Orbis Scientiae 1977 received some support from the Energy Research and Development Administration.