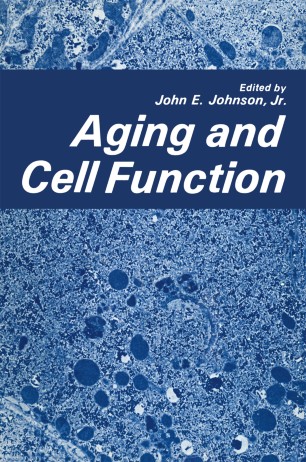 The aging process, like most (all?) things in the universe, is a puzzle. It is such a fundamental occurrence, common to all living things, that it ironically may be the most complicated and perplexing puzzle to solve. There are, of course, puzzles sufficient in number to occupy all the scientists and philosophers who have ever lived a thousand times over. Yet what other phenomenon affects everyone of us as much as growing old? Curiosity about the ubiquity of aging as a phenomenon, boosted perhaps by an only natural fear of that same phenomenon as an undeniable manifes­ tation of our own mortality, has led to the compilation of data on the aging process, which have accumulated as rapidly as the elderly who might benefit from those data. Most of the scientific data on the biology of aging are at the biochemical and physiological levels, while comparatively little information has been avail­ able at the anatomical level. Because of this, a two-volume set called Aging and Cell Structure was conceived, the first volume having been published in 1981 and the second volume being published concurrently with the present one on cell function. The emphasis on training of scientists and other individuals in advanced education has, during past decades, been one of increased specialization. Not merely do we specialize in physiology, anatomy, zoology, or literature, but in glomerular filtration, synaptic junctions, tree frogs of Brazil, or English poetry of the nineteenth century.