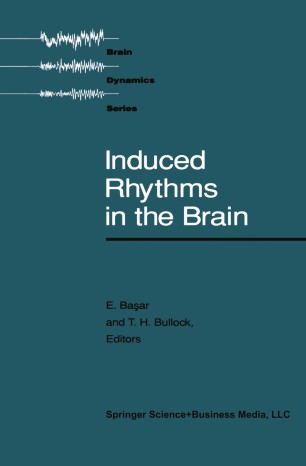 Induced Rhythms in the Brain

It is easy to imagine the excitement that pervaded the neurological world in the late 1920's and early 1930's when Berger's first descriptions of the electro­ encephalogram appeared. Berger was not the first to discover that changes in electric potential can be recorded from the surface of the head, but it was he who first systematized the method, and it was he who first proposed that explanatory correlations might be found between the electroencephalogram, brain processes, and behavioral states. An explosion of activity quickly fol­ lowed: studies were made of the brain waves in virtually every conceivable behavioral state, ranging from normal human subjects to those with major psychoses or with epilepsy, to state changes such as the sleep-wakefulness transition. There evolved from this the discipline of Clinical Electroencepha­ lography which rapidly took a valued place in clinical neurology and neuro­ surgery. Moreover, use of the method in experimental animals led to a further understanding of such state changes as attention-inattention, arousal, and sleep and wakefulness. The evoked potential method, derived from electro­ encephalography, was used in neurophysiological research to construct pre­ cise maps of the projection of sensory systems upon the neocortex. These maps still form the initial guides to studies of the cortical mechanisms in sensation and perception. The use of the event-related potential paradigm has proved useful in studies of the brain mechanisms of some cognitive functions of the brain.