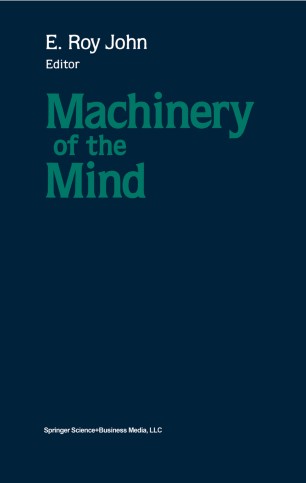 Machinery of the Mind

In the spring of 1987, I was in Havana, Cuba, where I was participating in planning a large-scale longitudinal study of the neurophysiological, neurochemical, and behavioral characteristics of cohorts of patients with cerebrovascular disease, depression, senile dementia, schizophrenia, or learning disabilities; and also part of this study were their first-degree blood relatives. This study was the outgrowth of a long-term project on the practical application of computer methods for the evaluation of brain electrical activity related to anatomical integrity, maturational development, and sensory, perceptual;·-and cognitive processes, especially in chil­ dren. For many years, that project had been supported by the United Nations Development Program (UNDP), the National Scientific Research Center of Cuba (CNIC), and the Ministries of Public Health and of Education of Cuba. Since its inception, I had served as a technical advisor to the UNDP project. When the project began, I became acquainted with Dr. Jose M. Miyar Barrueco, who was at that time the Rector of the Medical School of the University of Havana. Because of his keen interest in the new computer technology and its potential utility in developing countries, we met from time to time during my visits. These occasional meetings continued after he became Secretary of the Cuban Council of State, so that he could remain apprised of progress and problems with which he might help.