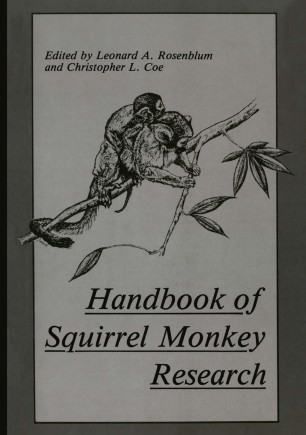 As the editors of the first book on the squirrel monkey prophesied in 1968,* there has been an incredible expansion in primate research during the past 16 years. Their projection that the squirrel monkey would play an increasingly important role in this research effort has also come to be true during the ensuing years. One inadvertent result of the rapid growth, however, is that it has become more and more difficult for investigators to keep track of new information, both in their own disciplines and in related fields. For scientists who study and use the squirrel monkey in research, this problem is particularly pronounced, because articles are often published in specialized and disparate journals. We felt that a new synthesis of the vast amount of information on Saimiri would resolve this problem and would provide an extremely valuable com­ panion volume to the first book. The idea grew out of a small symposium held at the IX Congress of the International Primatological Society in Atlanta, Geor­ gia, during August, 1982. Following the format of The Squirrel Monkey, ad­ ditional authors were invited to discuss advances in areas which had experi­ enced exceptional growth or to review basic information that would be of practical value to future researchers. Even with focused topics and synthetic reviews, the wealth of new data resulted in many long manuscripts. In response to the continuing problems with Saimiri nomenclature, Richard Thorington has provided us with a definitive statement on squirrel monkey taxonomy.