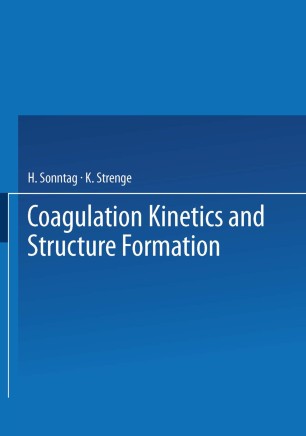 Colloidal dispersions play a very important role in nature, industry, and daily life. Sometimes, long-term stability is observed or desired as in ferrotluids (composed of very small magnetic particles with radii of ~ 10 nm), which must be stable even in external fields. On the other hand, only short-term stable dispersions may be necessary during actual processing operations, for example, dispersions of magnetite particles during tape manufacture. The stability of dispersions and many of their physical properties are related to the interaction between the particles in the dispersion medium, which may contain surfactants or macromolecular species. If the net interparticle interaction forces are attractive, then aggregation may occur. Two general types of aggregation behavior may be distinguished: coagulation and flocculation. These two terms are frequently used synonymously but IUPAC has recommended the following definitions: Coagulation implies formation of compact aggregates, leading to the macroscopic separation. Flocculation implies the formation of a loose or open network, floc, which may or may not separate macroscopically. Flocculation brought about by the simultaneous coadsorption of polymer molecules on two (or more) particles is referred to as bridging flocculation. If coagulation results in the merging of two particles into one, as may occur with liquid droplets in emulsions, this process is referred to as coalescence.