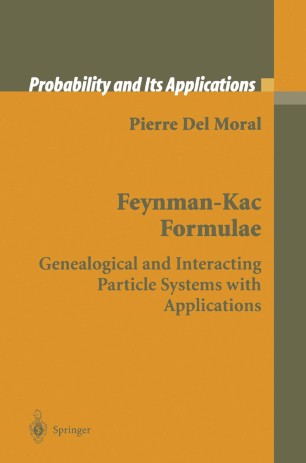 This text takes readers in a clear and progressive format from simple to recent and advanced topics in pure and applied probability such as contraction and annealed properties of non linear semi-groups, functional entropy inequalities, empirical process convergence, increasing propagations of chaos, central limit,and Berry Esseen type theorems as well as large deviations principles for strong topologies on path-distribution spaces. Topics also include a body of powerful branching and interacting particle methods and worked out illustrations of the key aspect of the theory.

With practical and easy to use references as well as deeper and modern mathematics studies, the book will be of use to engineers and researchers in pure and applied mathematics, statistics, physics, biology, and operation research who have a background in probability and Markov chain theory.

Pierre Del Moral is a research fellow in mathematics at the C.N.R.S. (Centre National de la Recherche Scientifique) at the Laboratoire de Statistique et Probabilités of Paul Sabatier University in Toulouse. He received his Ph.D. in signal processing at the LAAS-CNRS (Laboratoire d'Analyse et Architecture des Systèmes) of Toulouse. He is one of the principal designers of the modern and recently developing theory on particle methods in filtering theory. He served as a research engineer in the company Steria-Digilog from 1992 to 1995 and he has been a visiting professor at Purdue University and Princeton University. He is a former associate editor of the journal Stochastic Analysis and Applications.