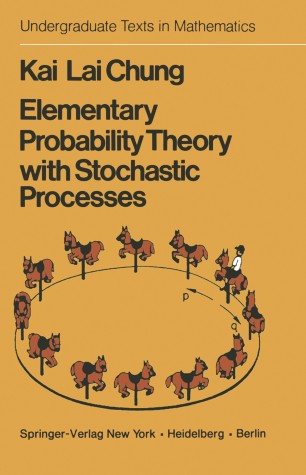 A new feature of this edition consists of photogra phs of eight masters in the contemporary development of probability theory. All of them appear in the body of the book, though the few references there merely serve to give a glimpse of their manifold contributions. It is hoped that these vivid pictures will inspire in the reader a feeling that our science is a live endeavor created and pursued by real personalities. I have had the privilege of meeting and knowing most of them after studying their works and now take pleasure in introducing them to a younger generation. In collecting the photographs I had the kind assistance of Drs Marie-Helene Schwartz, Joanne Elliot, Milo Keynes and Yu. A. Rozanov, to whom warm thanks are due. A German edition of the book has just been published. I am most grateful to Dr. Herbert Vogt for his careful translation which resulted also in a consid­ erable number of improvements on the text of this edition. Other readers who were kind enough to send their comments include Marvin Greenberg, Louise Hay, Nora Holmquist, H. -E. Lahmann, and Fred Wolock. Springer-Verlag is to be complimented once again for its willingness to make its books "immer besser. " K. L. C. September 19, 1978 Preface to the Second Edition A determined effort was made to correct the errors in the first edition. This task was assisted by: Chao Hung-po, J. L. Doob, R. M. Exner, W. H.