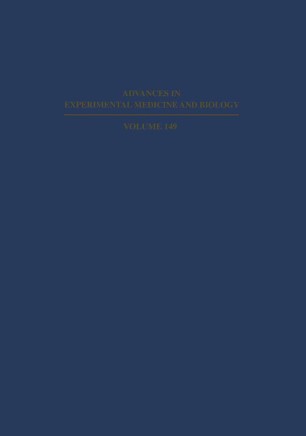 Histophysiology of the Lymphoid System

Part of the Advances in Experimental Medicine and Biology book series (AEMB, volume 149)

In 1966, the first Germinal Centre Conference was held in Bern, Switzerland, as a result of an initiative from C. C. Longdon of Oak Ridge, Tennessee and H. Cottier of Bern. Fifteen years later, in June of 1981, the 7th conference in this series was held in Groningen, the Netherlands. At this "International Conference on Lymphatic Tissues and Germinal Centers in Immune Reactions," instead of focusing on germinal centres only, the intricate relationships between various constituents of the lympho-myeloid complex consti­ tuted the theme of the meeting. As Yoffee stated in 1966, "Perhaps we should consider not only the germinal centre itself but the surrounding tissue as well. " Over the years, these conferences have brought together a small but dedicated group of scientists, sharing (1) a fundamental interest in the physiology of the lymphoid system proper, and (2) the recognition that, only in the in vivo situation can the final answers be obtained, however ingeniously in vitro experiments may mimic reality. In 1966, the conference lasted three days and included 57 contributions "which were discussed at length. " The present conference accomodated 62 free papers and 64 poster presentations as well as some 24 additional abstracts selected from more than 200 submissions. Prominent among the selection criteria was the adage "in vivo veritas. " This volume represents the presentations from the 1981 Germinal Centre Conference.