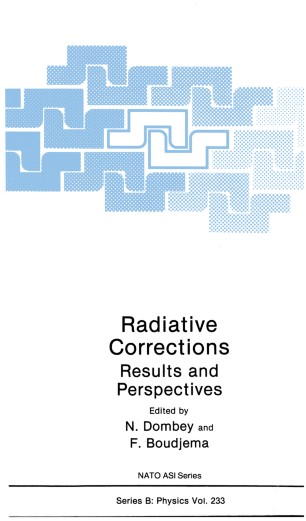 The Workshop on Radiative Corrections: Results and Perspectives was held at the University of Sussex in fine weather between July 9 and 14 1989. The Workshop was weIl timed: the day after its concluding session the first beam at LEP was circulated. The Original aims of the Workshop were twofold: first to review the existing theoretical work on electroweak radiative corrections in the light of the initial experiments at SLC and LEP, and to attempt to obtain a consensus on the best means of carrying out the calculations of the various processes. This aim became Working Group A on Renormalisation Schemes tor Electroweak Radiative Corrections. The second aim was to review the experimental implementation of radiative corrections and this became Working Group B. Here the problem was to obtain a consensus on the use of Monte Carlo event generators. At the time (March 1987) when Friedrich Dydak wrote to one of us (ND) to suggest a Workshop on the subject of electroweak radiative corrections to take place just before experiments at LEP were to begin, the main theoretical problem was that there was no agreement among theorists on the use of a specific renormalization scheme. Similarly, it was already becoming clear that it was going to be very difficult to compare the experimental results of different groups because they would use different event generators and experimental cuts of their data.