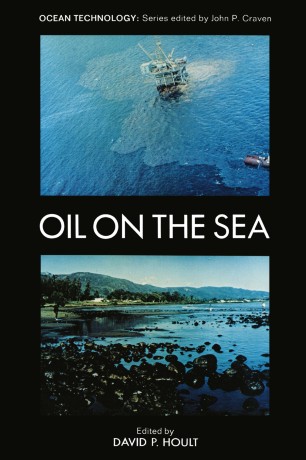 Oil on the Sea

Proceedings of a symposium on the scientific and engineering aspects of oil pollution of the sea, sponsored by Massachusetts Institute of Technology and Woods Hole Oceanographic Institution and held at Cambridge, Massachusetts, May 16, 1969

In the last decade, changes in the scale of operations required to find and transport oil have led to a pollution problem of major proportions: oil on the sea. These changes occurred slowly, and the change in magnitude of the possi­ bilities for . pollution went unrecognized until a series of dramatic accidents recently gave the problem wide-spread public notice. The Torrey Canyon and Santa Barbara episodes are discussed in this volume. The changes in the scale of oil operations stem from an ever increasing demand for energy. In response to this demand, oil drilling from offshore rigs on the continental shelf has been rapidly developed. To inexpensively trans­ port oil to the consumers of energy, huge supertankers, of ever increasing size, are being constructed. These ships effect economic savings at the expense of being relatively underpowered, and less maneuverable. Having very deep draft, they are constrained to operate on the high seas and the few deep harbors of the world. Every year there is more oil pumped from the sea floor. Every year more oil is trans­ ported over the sea. Approximately one tenth of one per cent of this oil each year is spilled on the sea. The purpose of the present volume is to provide a summary of our current understanding of the problem of oil on the sea. Before describing in detail the topics presented, it seems well to point out .