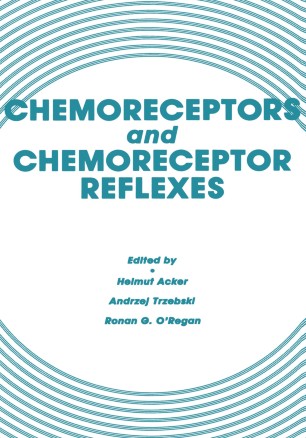 This volume records the papers presented in Warsaw on the meeting of the International Society of Arterial Chemoreception (LS. A. C. ) organized as a Satellite Symposium of the XXXI International Congress of the Union of Physiological Sciences (I. U. P. S. ) in Helsinki in July 1989. It is a 30 years old tradition to hold periodically international meetings on recent developments in chemoreceptor research and to exchange information between those of us interested in chemoreception. The first meeting was organized by B. B. Lloyd in Oxford in 1959. Later on, similar international meetings were held at irregular intervals. In 1966, R. W. Torrance organized the second meeting again in Oxford. In 1973, the third meeting was organized in Bristol (U. K. ) by M. J. Purves. In 1974, a fourth meeting combined with the XXVI I. U. P. S. Congress in Delhi was organized by A. S. Paintal in Srinagar (Kashmir, India). In 1976, H. Acker organized the fifth meeting in Dortmund (F. R. G. ), and in 1979, C. Belmonte in Valla­ dolid (Spain) organized the sixth international meeting commemorating the 50th anniversary of Fernando de Castro publishing his classical work on the structure and possible function of the carotid body. In 1982, the seventh meeting was due to D. J. Pallot in Leicester (U. K. ), in 1985 - the eighth one due to A. J.