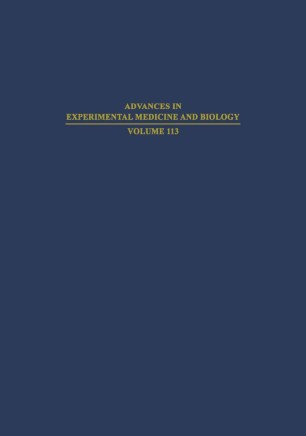 Part of the Advances in Experimental Medicine and Biology book series (AEMB, volume 113)

These Proceedings emanate from the Second Tarbox Parkinson's Disease Symposium held February 2-4, 1978, at the SouthPark Inn in Lubbock, Texas. The Symposium was sponsored by the Tarbox Parkin­ son's Disease Institute and the Department of Pharmacology and Therapeutics of the Texas Tech University School of Medicine at Lubbock. The First Symposium took place in October, 1976. The Second Tarbox Parkinson's Disease Symposium boldly brought together investigators at the cutting edge of aging and neuroendo­ crine research and attempted to relate them to Parkinson's disease. Credit for the concept must go to the Program Chairman, Dr. David E. Potter. Once the plan was conceived the organizers relied heavily on the advice of Dr. Caleb E. Finch, whose counsel in developing the program was invaluable. The final verdict on the success of this daring venture must await the outcome of the publication of this Volume. Nevertheless, those in attendance could not fail but note the enthusiasm and excitement of the participants as their findings from the diverse disciplines of the neurological, aging, and endo­ crine sciences converged. This in itself is testimony that the Sym­ posium accomplished some degree of success. The Tarbox Parkinson's Disease Institute was established in 1973 with funds appropriated by the State of Texas and is dedicated to research, patient care, and education in Parkinson's disease and related neurological disorders. The Institute is named after Mr.