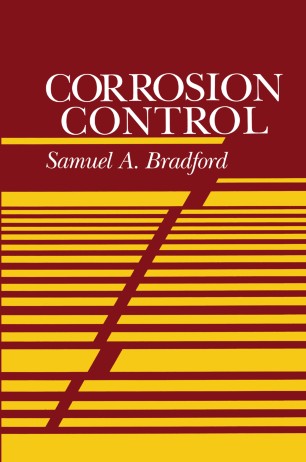 Human beings undoubtedly became aware of corrosion just after they made their first metals. These people probably began to control corrosion very so on after that by trying to keep metal away from corrosive environments. "Bring your tools in out of the rain" and "Clean the blood off your sword right after battle" would have been early maxims. Now that the mechanisms of corrosion are better understood, more techniques have been developed to control it. My corrosion experience extends over 10 years in industry and research and over 20 years teaching corrosion courses to university engineering students and industrial consulting. During that time I have developed an approach to corrosion that has successfully trained over 1500 engineers. This book treats corrosion and high-temperature oxidation separately. Corrosion is divided into three groups: (1) chemical dissolution including uniform attack, (2) electrochemical corrosion from either metallurgicalor environmental cells, and (3) corrosive-mechanical interactions. It seems more logical to group corrosion according to mechanisms than to arbitrarily separate them into 8 or 20 different types of corrosion as if they were unrelated. University students and industry personnel alike generally are afraid of chemistry and consequently approach corrosion theory very hesitantly. In this text the electrochemical reactions responsible for corrosion are summed up in only five simple half-cell reactions. When these are combined on a polarization diagram, which is explained in detail, the electrochemical pro­ cesses become obvious.