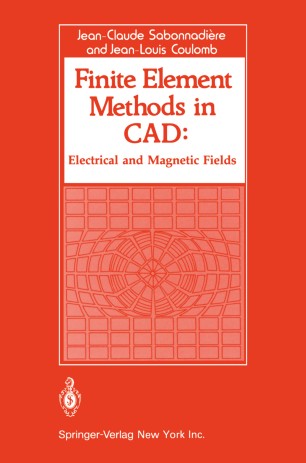 The finite element method (FEM) has been understood, at least in principle, for more than 50 years. The integral formulation on which it is based has been known for a longer time (thanks to the work of Galerkin, Ritz, Courant and Hilbert,1.4 to mention the most important). However, the method could not be applied in a practical way since it involved the solution of a large number of linear or non-linear algebraic equations. Today it is quite common, with the aid of computers, to solve non-linear algebraic problems of several thousand equations. The necessary numerical methods and programming techniques are now an integral part of the teaching curriculum in most engineering schools. Mechanical engineers, confronted with very complicated structural problems, were the first to take advantage of advanced computational methods and high level languages (FORTRAN) to transform the mechanical models into algebraic equations (1956). In recent times (1960), the FEM has been studied by applied mathematicians and, having received rigorous treatment, has become a part of the more general study of partial differential equations, gradually replacing the finite difference method which had been considered the universal tool to solve these types of problems.