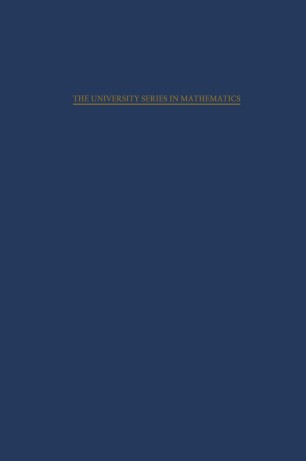 An Introduction to Their Classification

In February 1981, the classification of the finite simple groups (Dl)* was completed,t. * representing one of the most remarkable achievements in the history or mathematics. Involving the combined efforts of several hundred mathematicians from around the world over a period of 30 years, the full proof covered something between 5,000 and 10,000 journal pages, spread over 300 to 500 individual papers. The single result that, more than any other, opened up the field and foreshadowed the vastness of the full classification proof was the celebrated theorem of Walter Feit and John Thompson in 1962, which stated that every finite group of odd order (D2) is solvable (D3)-a statement expressi­ ble in a single line, yet its proof required a full 255-page issue of the Pacific 10urnal of Mathematics [93]. Soon thereafter, in 1965, came the first new sporadic simple group in over 100 years, the Zvonimir Janko group 1 , to further stimulate the 1 'To make the book as self-contained as possible. we are including definitions of various terms as they occur in the text. However. in order not to disrupt the continuity of the discussion. we have placed them at the end of the Introduction. We denote these definitions by (DI). (D2), (D3). etc.