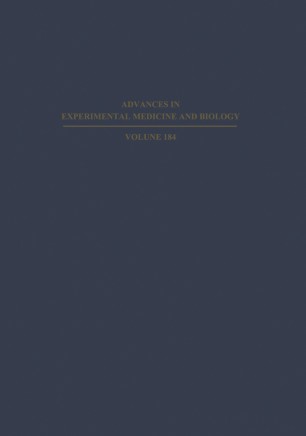 Part of the Advances in Experimental Medicine and Biology book series (AEMB, volume 184)

This book is derived from contributions to the Second International Workshop on Mechanisms in Cell-Mediated Cytotoxicity, held in Annopolis, Maryland, June 10-13, 1984. This workshop was organized by an international committee of immunologists interested in lymphocyte cytotoxic mechanisms (G. Berke, W.R. Clark, P. Golstein, M. Hanna, P. Henkart, R. Herberman, H.R. MacDonald, E. Martz, and C. Nathan), who strove to invite participants who have made major contributions to this field. The Workshop was a follow-up to the highly successful 1981 Workshop, whose proceedings Workshop were published by Plenum as Mechanisms in Cell-Mediated Cytotoxicity, edited by W.R. Clark and P. Golstein. That volume has been much appreciated by researchers and students since it contains accounts of most of the current approaches to understanding cytotoxic lymphocyte mechanisms all in one volume. The present book may be viewed as a follow-up to the first one, and in our opinion fairly summarizes the varying current viewpoints on lymphocyte cytotoxic mechanism. It should be noted that the discussions have been transcribed directly by us, and the participants have not had an opportunity to edit their remarks. We have tried to maintain some of the style of the actual discussion in these transcripts. In some cases technical problems prevented usable transcriptions from being made, and hence not all of the actual discussion at the workshop is reproduced here.